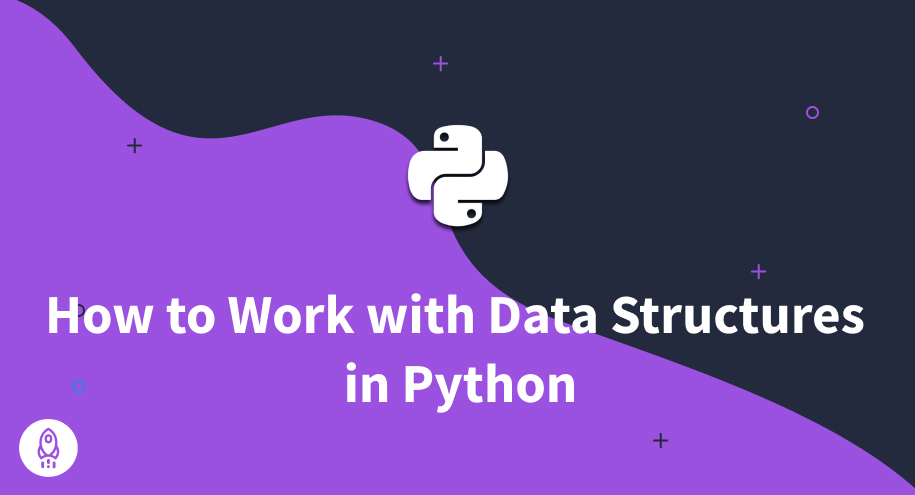 What Is a Data Structure?

Python also has some advanced data structures, such as stacks or queues, which can be implemented with basic data structures. However, these are rarely used in data science and are more common in the field of software engineering and implementation of complex algorithms, so we won’t discuss them in this tutorial.

Different Python third-party packages implement their own data structures, like DataFrames and Series in pandas or arrays in NumPy. However, we will not talk about them here, either, because these are the topics of more specific tutorials (such as How to Create and Use a Pandas DataFrame or NumPy Tutorial: Data Analysis with Python).

Lists in Python are implemented as dynamic mutable arrays which hold an ordered collection of items.

First, in many programming languages, arrays are data structures that contain a collection of elements of the same data types (for instance, all elements are integers). However, in Python, lists can contain heterogeneous data types and objects. For instance, integers, strings, and even functions can be stored within the same list. Different elements of a list can be accessed by integer indices where the first element of a list has the index of 0. This property derives from the fact that in Python, lists are ordered, which means they retain the order in which you insert the elements into the list.

Next, we can arbitrarily add, remove, and change elements in the list. For instance, the .append() method adds a new element to a list, and the .remove() method removes an element from a list. Furthermore, by accessing a list’s element by index, we can change it to another element. For more detail on different list methods, please refer to the documentation.

Finally, when creating a list, we do not have to specify in advance the number of elements it will contain; therefore, it can be expanded as we wish, making it dynamic.

Lists are useful when we want to store a collection of different data types and subsequently add, remove, or perform operations on each element of the list (by looping through them). Furthermore, lists are useful to store other data structures (and even other lists) by creating, for instance, lists of dictionaries, tuples, or lists. It is very common to store a table as a list of lists (where each inner list represents a table’s column) for subsequent data analysis.

Thus, the pros of lists are:

However, they also have cons:

Finally, let’s have a look at a few examples.

We can create a list using either square brackets ([]) with zero or more elements between them, separated by commas, or the constructor list(). The latter can also be used to transform certain other data structures into lists.

We can access a list’s elements using indices, where the first element of a list has the index of 0:

We can also slice lists and access multiple elements simultaneously:

Note that we did not have to specify the index of the last element we wanted to access if we wanted all elements from index 2 (included) to the end of the list. Generally speaking, the list slicing works as follows:

Let’s show this behavior with an example:

You can experiment with different indices and bigger lists to understand how indexing works.

Now let’s demonstrate that lists are mutable. For example, we can append() a new element to a list or remove() a specific element from it:

Additionally, we can modify the elements that are already in the list by accessing the required index and assigning a new value to that index:

Of course, we have only scratched the surface of what is possible with Python lists. You can learn more from this course or have a look at Python documentation.

Dictionaries in Python are very similar to real-world dictionaries. These are mutable data structures that contain a collection of keys and, associated with them, values. This structure makes them very similar to word-definition dictionaries. For example, the word dictionary (our key) is associated with its definition (value) in Oxford online dictionary: a book or electronic resource that gives a list of the words of a language in alphabetical order and explains what they mean, or gives a word for them in a foreign language.

Dictionaries are used to quickly access certain data associated with a unique key. Uniqueness is essential, as we need to access only certain pieces of information and not confuse it with other entries. Imagine we want to read the definition of Data Science, but a dictionary redirects us to two different pages: which one is the correct one? Note that technically we can create a dictionary with two or more identical keys, although due to the nature of dictionaries, it is not advisable.

We use dictionaries when we are able to associate (in technical terms, to map) a unique key to certain data, and we want to access that data very quickly (in constant time, no matter the dictionary size). Moreover, dictionary values can be pretty complex. For example, our keys can be customer names, and their personal data (values) can be dictionaries with the keys like "Age," "Hometown," etc.

Thus, the pros of dictionaries are:

However, their cons are:

Let’s now take a look at a few examples. First, we can create a dictionary with curly brackets ({}) or the dict() constructor:

Now let’s access an element in a dictionary. We can do this with the same method as lists:

Next, we can also modify dictionaries — for example, by adding new key:value pairs:

It’s also possible to remove elements from a dictionary, so look for a way to do so by reading the documentation. Furthermore, you can read a more in-depth tutorial on Python dictionaries (with tons of examples) or have a look at DataQuest’s dictionary lesson.

Sets in Python can be defined as mutable dynamic collections of immutable unique elements. The elements contained in a set must be immutable. Sets may seem very similar to lists, but in reality, they are very different.

First, they may only contain unique elements, so no duplicates are allowed. Thus, sets can be used to remove duplicates from a list. Next, like sets in mathematics, they have unique operations which can be applied to them, such as set union, intersection, etc. Finally, they are very efficient in checking whether a specific element is contained in a set.

Thus, the pros of sets are:

But their cons are:

To create a set, we can use either curly brackets ({}) or the set() constructor. Do not confuse sets with dictionaries (which also use curly brackets), as sets do not contain key:value pairs. Note, though, that like with dictionary keys, only immutable data structures or types are allowed as set elements. This time, let’s directly create populated sets:

In the second example, we used an iterable (such as a list) to create a set. However, if we used lists as set elements, Python would throw an error. Why do you think it happens? Tip: read the definition of sets.

To practice, you can try using other data structures to create a set.

As with their math counterparts, we can perform certain operations on our sets. For example, we can create a union of sets, which basically means merging two sets together. However, if two sets have two or more identical values, the resulting set will contain only one of these values. There are two ways to create a union: either with the union() method or with the vertical bar (|) operator. Let’s make an example:

In the above union, we can see that Tony and Joel appear only once, even though we merged two sets.

Next, we may also want to find out which names appear in both sets. This can be done with the intersection() method or the ampersand (&) operator.

Joel and Tony appear in both sets; thus, they are returned by the set intersection.

The last example of set operations is the difference between two sets. In other words, this operation will return all the elements that are present in the first set, but not in the second one. We can use either the difference() method or the minus sign (-):

What would happen if you swapped the positions of the sets? Try to predict the result before the attempt.

There are other operations that can be used in sets. For more information, refer to this tutorial, or Python documentation.

Finally, as a bonus, let’s compare how fast using sets is, when compared to lists, for checking the existence of an element within them.

It is obvious that using sets is considerably faster than using lists. This difference will increase for larger sets and lists.

Tuples are almost identical to lists, so they contain an ordered collection of elements, except for one property: they are immutable. We would use tuples if we needed a data structure that, once created, cannot be modified anymore. Furthermore, tuples can be used as dictionary keys if all the elements are immutable.

Other than that, tuples have the same properties as lists. To create a tuple, we can either use round brackets (()) or the tuple() constructor. We can easily transform lists into tuples and vice versa (recall that we created the list l4 from a tuple).

The pros of tuples are:

The cons of tuples are:

Let’s take a look at some examples:

Is it possible to create tuples from other data structures (i.e., sets or dictionaries)? Try it for practice.

Tuples are immutable; thus, we cannot change their elements once they are created. Let’s see what happens if we try to do so:

It is a TypeError! Tuples do not support item assignments because they are immutable. To solve this problem, we can convert this tuple into a list.

Tuples can also be used as dictionary keys. For example, we may store certain elements and their consecutive indices in a tuple and assign values to them:

If you use a tuple as a dictionary key, then the tuple must contain immutable objects:

We get a TypeError if our tuples/keys contain mutable objects (lists in this case).

Let’s wrap up what we have learned from this tutorial: 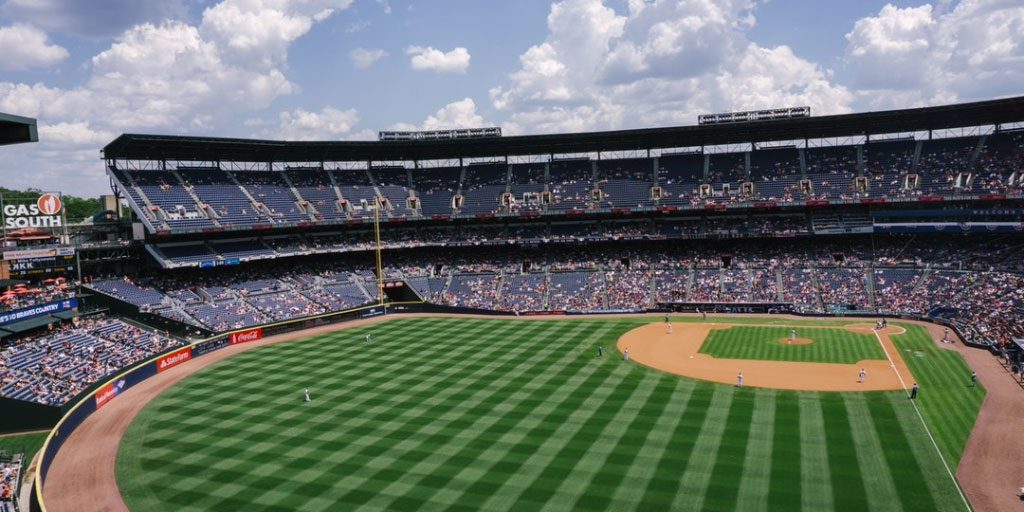 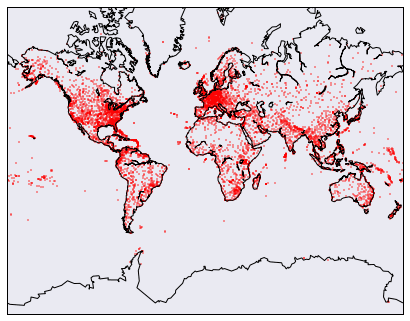