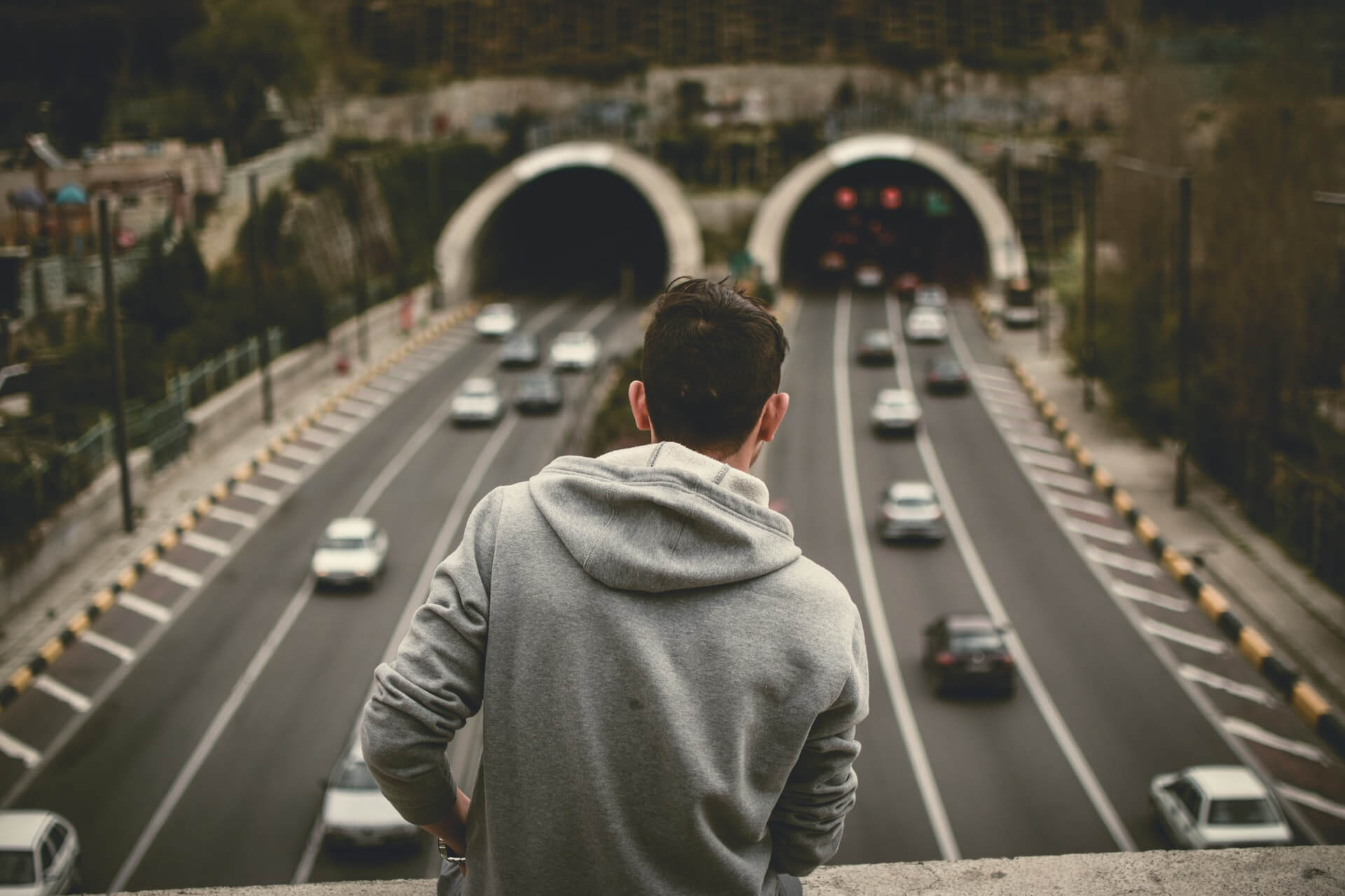 “I got this really dry email saying, ‘Hi Miguel, just to let you know, we’re not giving you the scholarship.’” Miguel said. He had applied for a scholarship to a prestigious but expensive data science bootcamp in Berlin. And despite his qualifications, which include a PhD in Material Science and Engineering, they weren’t interested. Your profile is good, they told him, but not excellent.

“When I read that last line, I thought, ‘Okay this is when I’m going to show you I can do it on my own, without needing to spend 8,000 Euros at your school.’” Miguel said. “And I did it.”

Miguel, who is from Portugal, is just over thirty, but he has already shifted careers several times. After an academic career that took him all the way to a PhD, he decided to move to Berlin and study music. But since musicians don’t make much money, he took up a side job in advertising operations for ResearchGate. That job proved to be great experience, but over time, Miguel realized he wasn’t enjoying all of it, but he was enjoying the parts of his job that involved working with data.

“So I just quit my job and started studying on my own,” he said.

He had a little background in some of the math and statistics needed for data science thanks to his PhD, and a little exposure to coding. But he had no experience with Python, and no real data science training.

Then he found Dataquest.

“It really helped me a lot,” Miguel said. “Especially the projects, which allowed me to actually start building a Github portfolio. And the community is amazing; Dataquest’s Slack is incredible. I learned a lot from the guys there. There’s constantly new information coming in.”

“I also really enjoy the platform,” he said. “There’s like this psychological thing that you always want to increase your score, your percentage, and your achievements, which is really nice.”

But he wasn’t limiting himself to just Dataquest. Miguel was also consuming data science content everywhere from Medium to Youtube. He also tried out other learning platforms like DataCamp and Codecademy, but said he felt the content on Dataquest was “better explained.”

“Sometimes, for example, on Codecademy, you’re just typing. It doesn’t make you think,” he said. “Dataquest actually makes you think.”

But he wasn’t just doing Dataquest. Miguel was also taking on outside projects that interested him. Particularly, he said, projects that looked too big for him to complete.

“That’s when I learned the most,” he said, “because I had to actually work on a big project that I didn’t know how to do.”

“You shouldn’t be afraid of that,” Miguel said of taking on projects that seem out of your reach. “Sometimes you just think: ‘Oh, it’s too much for me, I can’t do it.’ But just go for it. That’s the way I think people learn. You need to do, instead of just spending your day reading. It’s very important to read as well, but you need to get hands-on.”

And after a few months of learning and getting 50% of the way through our data scientist path, Miguel took his no-fear attitude to the next level. He decided to start applying for data science jobs, even though he didn’t feel he was ready. “I got a little tired of being unemployed,” he said, “so I decided, just for fun, to see where I was compared to other applicants, and if I could actually get a job at this point.”

“To my surprise,” he said, “I got a lot of positive replies.”

Most of those replies began the interview process by giving him a coding challenge. Since he was just trying to test his level, Miguel tried to complete these challenges without asking for help from anyone, seeing what he could do with just the skills he’d already learned. “It actually turned out pretty well,” he said. “The challenges were quite easy for me because of what I’d learned at Dataquest.”

In fact, Miguel made it to the final stage of the interview process with four different companies. He ended up cancelling one of those interviews, but he received job offers from all three other firms. He ended up choosing a Data Analyst role working in an arm of public relations giant WPP.

Interestingly, he said that he doesn’t think his academic background and PhD were much help in getting him the job. “It’s a nice ice-breaker,” he said, “talking about a PhD. It’s sort of something nice to show off in the first interview, but then you realize you need much more than a piece of paper.”

Instead, he said what he thinks helped him was his knowledge of advertising and marketing and the business side of data science, which he’d acquired from his previous job. “I think that, combined with the knowledge from DataQuest, was what got me the job,” he said.

Advice for success in data science

Looking back, Miguel has no regrets about the path he took to his Data Analyst job, or about getting rejected from that bootcamp scholarship. “In the end I spent 250 euros with DataQuest, instead of 8,000 in this school. I studied on my own pace,” he said.

“You don’t really need to spend 10,000 dollars on a bootcamp. It cannot be your only option. But some people think that: ‘It’s my only option because I’ll get the contacts, and I’ll work with other people.’ You can learn that online as well,” he said, “and you can still get a job.”

His advice to students looking for a job: over-prepare for the interview. “I’d spend two or three days preparing interviews,” he said. “I would sometimes know their business model better than them. That I’m really proud of, because I wouldn’t let anything escape. I would write my own questions, for example.”

“The questions that people usually asked me in the final interviews, I had asked them myself, and I knew the answers. And then you pretend, ‘Oh, that’s a good question. Let me think.’ But you already have the answer in your head.”

Another lesson for aspiring data scientists: don’t be afraid to aim higher than you think you can hit. Miguel said he learned a lot from taking on projects that seemed too hard, and he got his Data Analyst job by applying for jobs he didn’t think he was qualified for.

Of course, he’s not planning to stop there, though.

“That’s why I bought the yearly subscription,” he said. “Even though I’m starting a job in January, I’m still going to be active, and I’ll keep on studying, because obviously I want to reach other paths.”

“And I still think Dataquest is the best option,” he added. “If I had to choose only one, I’d choose Dataquest.”

Carlos: ‘Everything Dataquest showed me, I use in my new job’ 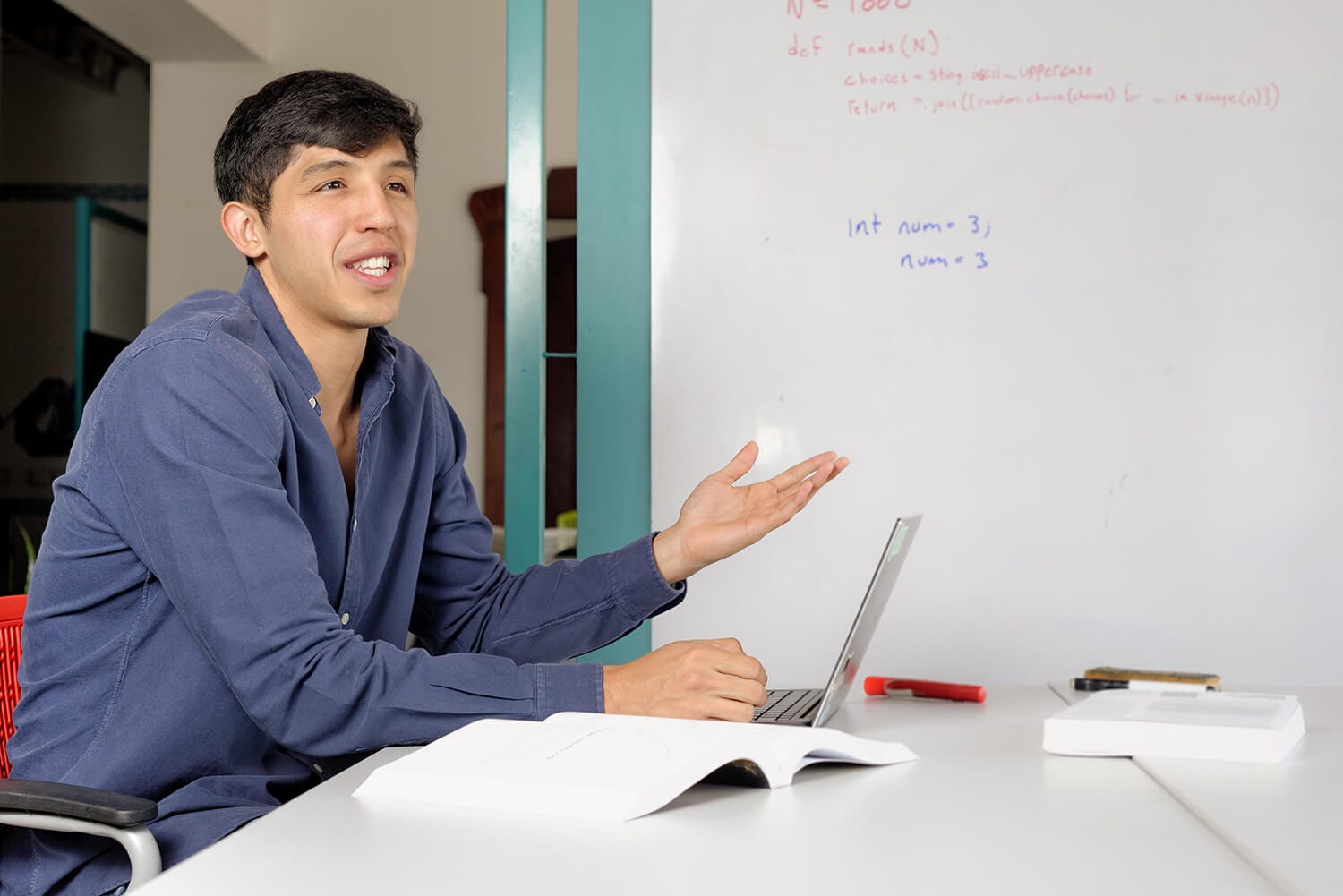