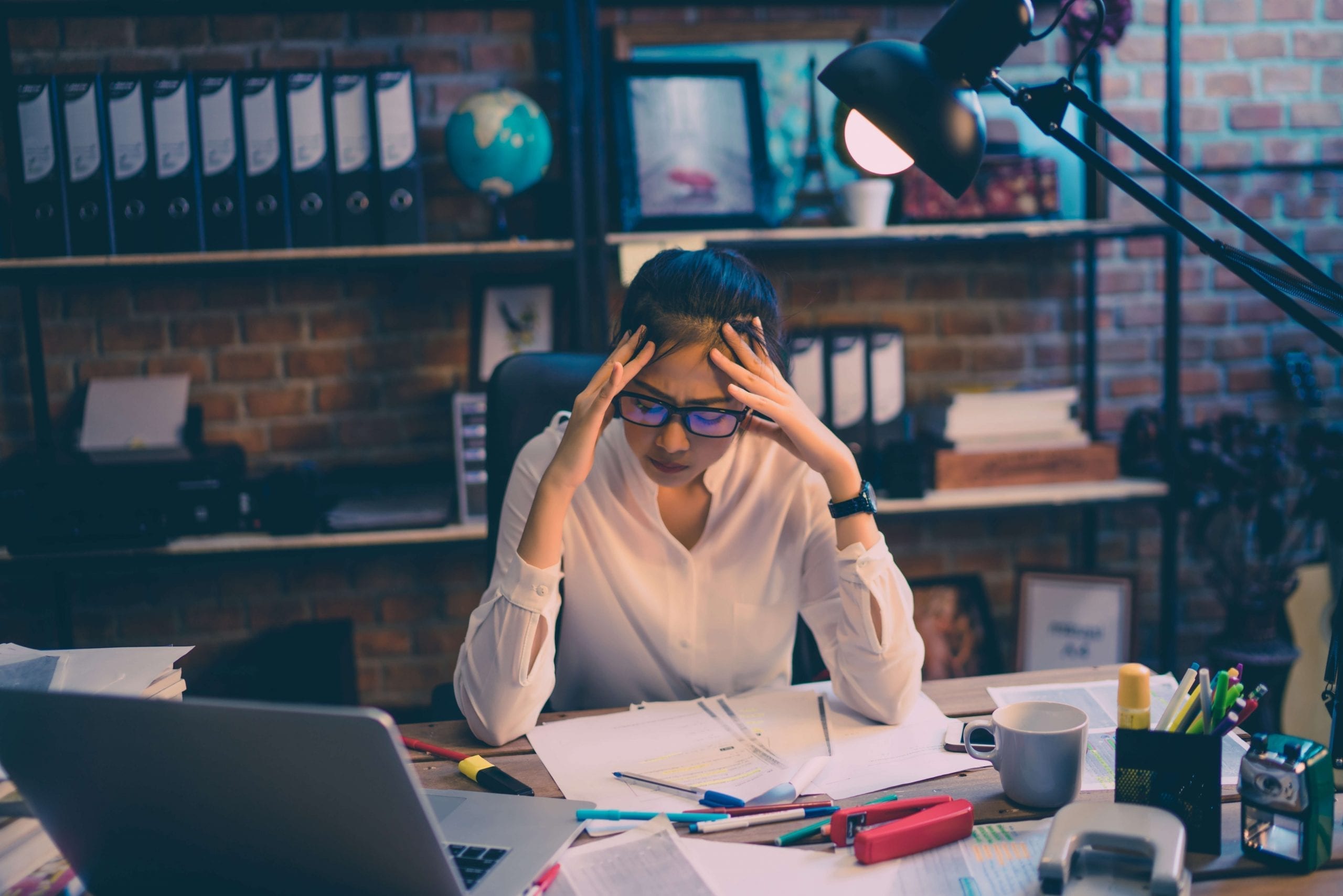 ‘I wish I could stop procrastinating.’ That’s a sentence that has probably been uttered at one point or another by every student since the dawn of time.

Procrastination is a particular problem for online students (like those of you who are studying data science on our platform) because online learning is so convenient. If you skip a college class, you’ve missed it and you can never make it up. But it’s easy to tell yourself that you can skip your study session tonight and make it up sometime tomorrow.

Moreover, the temptation to procrastinate can be stronger for online students, who are often trying to fit their studies into already-busy lives that might include full-time work or other areas of study.

So how do you stop procrastinating? There are dozens of theories (and about a million listicles) out there that profess to have the secret, but let’s take a look at what the actual science has to say.

Procrastination is a term that gets applied to a lot of work-delaying behaviors, but it’s important to point out that not all of these are true procrastination. Spending time thinking about a problem before attempting to solve it, for example, is not procrastination, though it’s sometimes labeled as such. Nor is taking the time to organize and prioritize when you’ve got a list of things to do.

The difference between these helpful delays and harmful procrastination, says Dr. Joseph Ferrari, is degree. Anyone might take the time to organize a list of tasks by priority before starting work. But if you find yourself writing that list, and then rewriting it, then starting a task but going back to shuffle that list around again, and then making some copies…that’s procrastination.

Procrastination is just a behavior, and it isn’t inherently bad or good. Research has shown that it even has some short-term psychological benefits. In one study (PDF link), for example, procrastinating students reported lower stress levels over the semester, probably because they were doing more fun things instead of doing the work they were putting off.

In the long run, though, there are some very clear downsides to procrastination for anyone who’s concerned about effective study performance, or even general happiness. Students in that study who procrastinated reported their stress levels skyrocketing as deadlines approached, and their grades were “significantly lower” than those of their classmates who didn’t procrastinate.

When you take the long view, it’s clear that students are better off if they can stop procrastinating. “Procrastinators end up suffering more and performing worse than other people,” the study’s authors concluded.

If procrastination is so bad for us in the long run, why do we do it? One theory is that it’s a self-defense coping strategy, designed to convince others (or ourselves) that what we lack is simply effort rather than innate ability.

One study that suggests this put self-described procrastinators into a laboratory and told them that they had 15 minutes to practice before they’d be given a task to complete. All subjects were given the same task to complete, but it was described differently — for some subjects, it was called a math task that would measure their cognitive skills, while others were told it was a “fun game.”

During the 15-minute practice period, the subjects had access to video games and other fun activities. When the procrastinators were told the upcoming task was an important measure of their skills, they spent more time procrastinating than when they were told it was a “fun game.” Thus, the study’s authors concluded, procrastination may be a kind of intentional “self-handicap,” a way of giving ourselves an excuse in case we don’t do well on a task we perceive to be important.

Another theory is that procrastination is about trading long-term discomfort for short-term happiness and stress reduction. Recall that study of college students who procrastinated: they experienced more stress and worse results in the long term, but in the short term they were less stressed than students who kept up with the work. That short-term reward might be what drives a lot of procrastination behavior.

These are just theories, of course. There are others, and there’s also the possibility that procrastination is more anatomical than psychological. A recent study found that the brains of self-described procrastinators tended to have larger amygdalas — that’s a part of the brain that warns you about danger the potential negative effects of doing something. They also had less connectivity between the amygdala and the dorsal anterior cingulate cortex, which helps you process information from the amygdala when deciding whether to actually do something or not.

That doesn’t mean that procrastinators are doomed by their brain architecture, of course (and then extent to which psychology and past behaviors might affect that architecture is unclear). Various studies have shown that a wide variety of factors, from current mood to the difficulty and unpleasantness of the task all can have an impact on the extent to which we procrastinate.

In any event, individuals and situations vary so much that it might not be possible for you to determine why it is that you procrastinate. Thankfully that doesn’t mean that there’s nothing you can do to stop.

How to Stop Procrastinating (According to Science)

It should come as no surprise that science hasn’t found a panacea for procrastination. There’s no magic bullet that’ll make you buckle down and start studying, and it’s worth remembering that scientific studies aren’t scientific law, especially in the realm of psychology. These results could be wrong, and even those that are right might still be wrong for you.

With that said, the science does suggest there are things you can do if you’re struggling to stop procrastinating. Specifically, try one or more of the following:

Break Down Tasks, Give Yourself Rewards

Breaking big tasks into smaller ones helps the broader task feel less overwhelming. It also gives you a faster path to that warm feeling of accomplishment that comes when you complete a task.

For some people, that dopamine hit is reward enough, but for everyone else, studies suggest that giving yourself rewards from completing tasks and varying the category of rewards can have a meaningful impact on your chances of success.

The varying category matters because, while rewards can be a powerful motivator, giving yourself a number of reward options for completing a goal can leave you feeling like you missed out. Imagine, for example, you plan to study for two hours and then reward yourself with either a cookie or an extra half-hour of your favorite TV show. That might seem like a great way to give yourself some flexibility, but in actuality it can leave you feeling like you missed out on whatever reward you didn’t chose, which can be demotivating.

To make sure this approach is sustainable, pick rewards that are of interest to you, small, and easily affordable or free.

Studies suggest that setting clear, detailed deadlines has a positive impact on completion rates. We’ve talked about the value of making really specific plans about when, where, and how you’re going to study in a previous article, but it’s worth adding here that the science suggests external deadlines are even more effective than internal ones.

This can be a problem for students using flexible online self-study platforms, since there’s no professor there to tell them to turn in any assignment by the due date. Subscription periods can work as good long-term due dates, though — the desire to avoid paying more for an additional year’s subscription because you didn’t complete your work can be a good motivator.

So, too, can externally-assigned goals. Dataquest, for example, assigns weekly goals in your dashboard based on your progress and long-term goals. Many other platforms offer similar features that you can use to construct external deadlines for yourself.

As mentioned above, studies have shown that procrastinators tend to procrastinate more when they perceive a task to be serious or important. And while you probably consider your data science studies important, you may be able to reduce your impulse to procrastinate by psychologically reframing your study sessions as fun activities.

The easiest way to do this is to make them actually fun, of course. That’s a big part of why we’ve always advocated a project-based approach, and why we advocate working interactively with real-world data rather than watching videos or churning through hypothetical practice problems.

Working on real things is more interesting and more fun. That’s going to help keep you motivated to keep going, and make you less likely to start procrastinating and looking for excuses to bail on your study sessions.

Improve Other Factors That Influence Procrastination

A wide variety of factors from your regular life can influence how likely you are to procrastinate, and solving those problems can sometimes be low-hanging fruit that helps you improve your procrastination without any actual change to your study habits.

Sleep quality, for example, has been shown to affect next-day procrastination rates if you’re the sort of person who’s inclined to procrastinate. So if you’re having trouble stopping your procrastination habit, you might find that improving your sleeping patterns to get more (and better) sleep could make a big difference.

There are other factors you can also take a look at. In a previous article, we wrote about the threat of smartphones and the phone proximity effect — your phone is probably distracting you even if it’s turned off! Removing your phone and other environmental distractions, improving your workspace, and other adjustments of this nature could reduce your chances of procrastinating by making self-distraction more difficult.

(Be careful, though, because this kind of optimization can be a form of procrastination in and of itself if you spend the two hours you were supposed to spend studying tidying and perfecting your study space.)

Stop Beating Yourself Up

Interestingly, the best cure for procrastination might be forgiveness. A 2010 study showed that students who were able to forgive themselves about past procrastination were more likely to actually stop procrastinating when working on that same task in the future.

Forgiving ourselves for our past failures is easier said than done, of course. But it’s interesting that actually giving yourself a break might be one of the most effective methods for combating procrastination. If you want to stop procrastinating, it seems like the best place to start might be with being nicer to yourself! 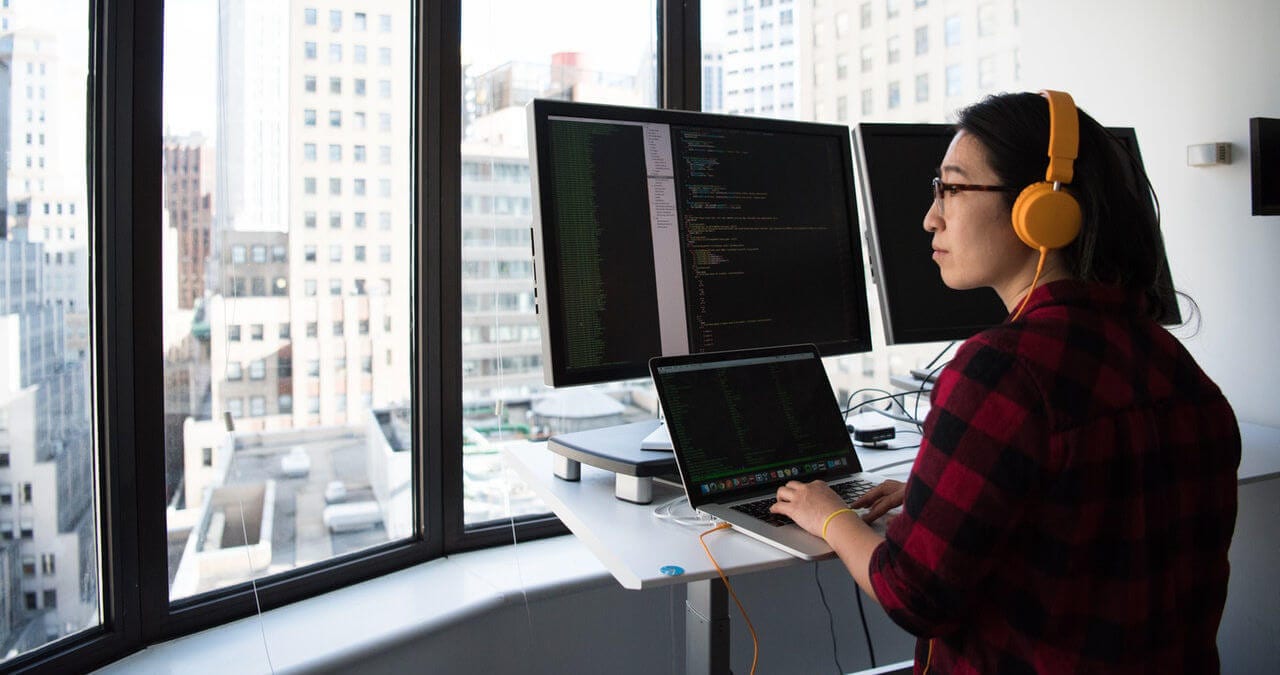 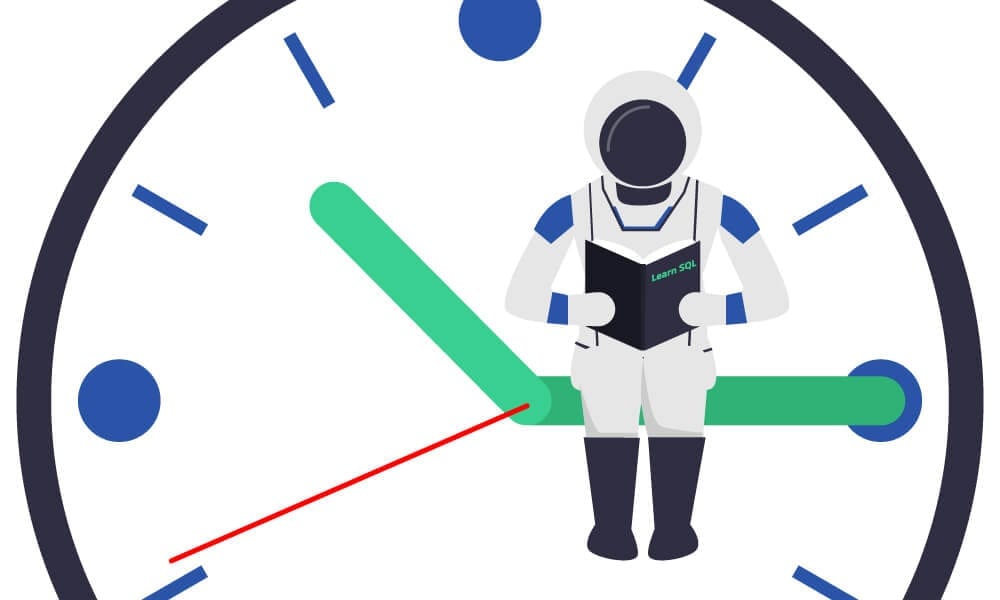 How Long Does It Take to Learn SQL?