I didn’t do very well in high school. My grade point average was around a 2.5 out of 4. I did well in some subjects that I was interested in, like math, computer science, and history, but everything else was a wash.

The less homework a class required me to do, the better my grade ended up being. In most classes I ended up watching the wall clock slowly tick towards the time when we could leave.

I wasn’t passionate about school, and I wasn’t one of those driven high school students who always seem to be able to fit in homework, a social life, sports, and 10 clubs.

As a result of my own disinterest, the system wrote me off. When applying to summer internships, one teacher wrote an anti-recommendation for me, warning them not to select me. My parents had high expectations for what college I’d attend – Harvard, MIT or bust.

To say this was unrealistic would be an underestimate. My guidance counselor told me that getting into college at all would be a stretch. 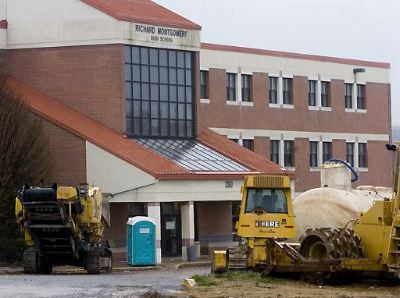 My high school being torn down.

I’m from an Indian-American family that puts a lot of stock in scholastic achievement, so this was a source of shame for years. I would tell people “I got waitlisted at MIT”, or “I actually chose Maryland because of the low tuition”. In retrospect, it’s a silly attitude, but I was young, and I put a lot of stock in appearances.

At Maryland, I wasn’t sure what I wanted to major in. My parents wanted me to become a doctor. I wasn’t very interested in it, but I took some pre-med classes anyway. I chose general studies as a major (the major for people who don’t know what they want to major in), and started fulfilling my basic requirements.

College is really unstructured, and I lapsed into a mode where I didn’t go to class at all and didn’t do homework. Most classes were boring, and I can’t learn at all in a lecture setting. When I did go to class, I again just ended up staring at a clock or my watch until it was time to leave. I figured that learning was just something I wasn’t good at.

I enjoyed a few classes, like microbiology, where we grew bacteria cultures in petri dishes, history, and math classes. I only discovered I liked multivariable calculus after I stopped going to lectures – I went to class every day for the first third, and failed the test. I switched to staying home and reading the book before tests, and started getting A’s. 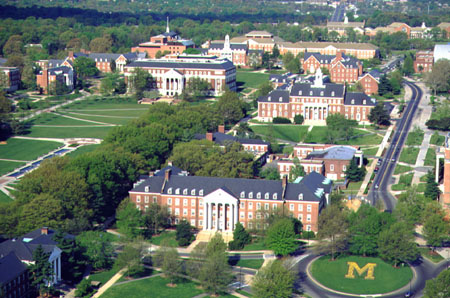 UMD has a pretty nice campus at least!

I never really found my passion in college, and college didn’t provide the tools to help me find it. This meant that I drifted for a year in general studies, and then switched my major to American History when it became obvious that my grades would never let me get into any medical schools.

It’s really easy to think that there’s something wrong with you when you’re conditioned to believe that poor grades reflect your poor character. Without a real internal and external support structure, this inevitably leads to depression and a downward spiral.

A couple of years into college, I decided that I needed to pursue my own destiny in life. Part of that was paying for college and my own living expenses.

There aren’t many jobs out there for college students with low GPAs, but manual labor is always hiring. I went to work at UPS as a loader. My starting pay was around $8 an hour. When people asked me what I did, I’d tell them, “I throw boxes into trucks”. Boxes came down a conveyor belt really quickly, and we took them off the belt, scanned them, and stacked them up inside semi trailers that would go out to other UPS “hubs”. 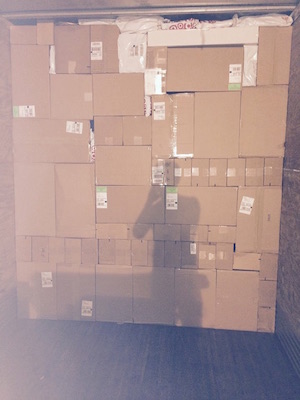 This is a “wall”, and how you load trucks at UPS. This is a nice one – most look pretty bad.

I eventually was promoted to “part-time supervisor”, which meant that I was responsible for running a loading area and supervising about 10 people. I worked about 30 hours a week, and was exhausted the rest of the time. I started going to class less that usual. On the plus side, UPS paid half my tuition with their reimbursement program, and I had enough money to pay my living expenses and even save a bit.

I figured that since my GPA was close to a 2.0, I’d just keep working at UPS after college. The next two years went by in the same vein. I enjoyed a few of my history classes, notably my capstone where I got to study the reconstruction of Japan post World War II. When I graduated in 2008, I had a 2.1 GPA. I was almost on academic probation a couple of times, but managed to skate out of it by dropping classes early, switching to easier ones, or trying a little harder.

My options were pretty bleak post-graduation. The higher-ups at UPS wanted me to stay, but they thought I had an attitude problem that I needed to fix before they were willing to promote me (most policies at UPS are backward and inane, and resulted in people I was supervising getting hurt, so I got upset a lot).

The tragic thing about manual labor is that your peak earning potential is when you’re in your 20s. My coworkers who’d been working at UPS for more than 10 years all had back and knee issues. I’d been injured a few times, and my knees weren’t in great shape, so staying at UPS probably would have been a bad bet. I learned a lot there – about hard work, motivation, and managing other people – but it wasn’t a good long-term fit.

Thanks to a friend, I ended up getting a job at Pepsi as an operations manager. Around the time I started at Pepsi, I also applied to the US Foreign Service on a whim. There aren’t many jobs that will accept people with low college GPAs and no “hard” skills, but getting into the Foreign Service consists of passing tests, so it seemed like a good fit. Plus, I was interested in it from studying the reconstruction of Japan.

I ended up getting into the Foreign Service, although I eventually found that it also wasn’t a good long-term fit. I started learning coding towards the tail end of my time in the Foreign Service (if you’re interested you can read more about that experience here). 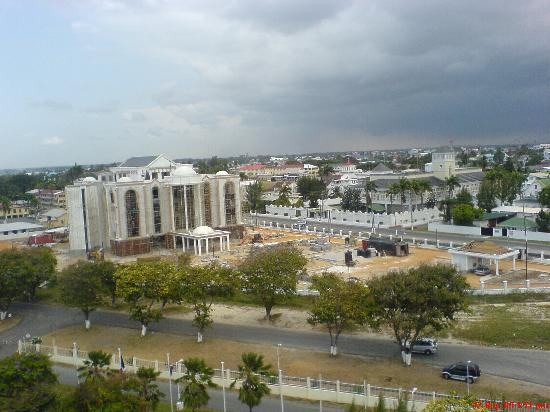 I was posted to Georgetown, Guyana in the Foreign Service.

Coding is my passion, but I only really discovered it by going through years of switching jobs and wondering if I would ever find something interesting.

In retrospect, there were signs. I spent every day riding the bus to school in middle school learning to program my TI-83 calculator, and then making a simple game where a monster chased you around the screen. I made scripts to automate certain tasks when I was doing summer internships. I played an online game at one point, and hacked together some simple scripts to help me manage things. But I didn’t realize that scripting could ever amount to anything more than a way to make a “real job” slightly quicker and simpler.

My dad also switched careers into programming, but he worked at big consulting firms, and did work that neither he nor I found especially interesting. I thought that was what “real programming” was, and that all the fun scripts that I was making were sideshows. Even when I left the Foreign Service, came back to the US, and kept learning to code, I didn’t have a clear end path. I just knew that I was doing something that deeply interested me, so I kept doing it.

I wanted to predict the stock market, but didn’t really know how. I spent time reading up on C# and Ruby, and interfacing with stock price engines. I ended up making a terrible “algorithm” that had hard-coded rules (if the stock went up for the past week, sell it today). I remember my excitement at discovering that I could write network code to have some machines be “workers” and one machine be in control. 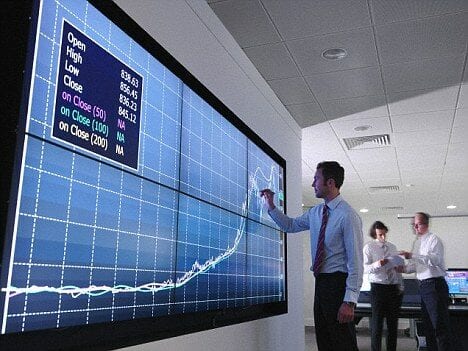 I tried to predict the stock market.

The algorithms I wrote never amounted to anything, but my interest in stock price prediction led me to machine learning, which led me to Kaggle. Kaggle is a competition platform for machine learning. You get to make algorithms which compete against algorithms made by other people around the world. It’s a great method for alternative credentialing – you can say “I don’t have a degree from MIT, but I did beat a couple of PhDs in a Kaggle competition”.

Kaggle was a perfect place for me at the time. I spent my days learning, coding algorithms, and competing. I ended up getting fifth place out of a hundred or so in a stock trading competition, and then I won a few competitions on bond trading and automated essay scoring. I still remember the feeling when I did well in my first competition, and think back on it when I’m down – the elation that I was actually good at something.

The great thing about Kaggle is I suddenly had some validation in the field. I was able to leverage the automated essay scoring algorithms I made to help me get a job as a machine learning engineer at edX, a Harvard/MIT/Berkley collaboration in online learning. 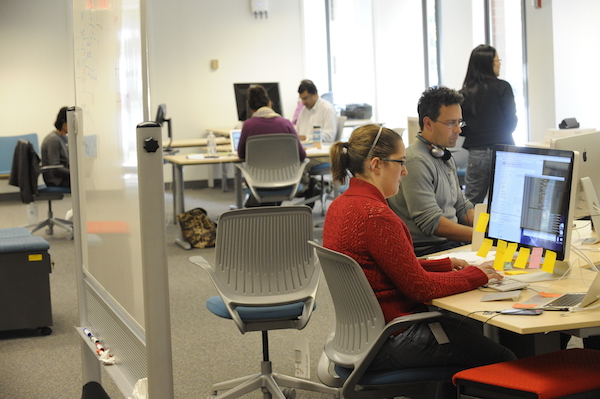 The edX office that I worked at.

While at edX, I was able to observe how they were trying to use technology to provide an alternative to the traditional education system. While they did a lot of things right, I couldn’t help but think there were some things that could be done differently.

I became deeply interested in improving the educational system, which led me to start building Dataquest in 2015. At Dataquest, we help anyone learn data science in their browser. We’ve based the learning experience around many of the lessons I learned on my own journey, along with our observations about how successful data scientists learn.

Online education levels the playing field — you can cheaply and effectively learn skills that would cost tens of thousands to learn in school or a bootcamp. Unfortunately, most online education doesn’t address the problem of motivation. I was lucky in that I found a problem — predicting the stock market — that deeply motivated me and pushed me forward. Many people aren’t so lucky.

Effective online education is both informative and motivating. If you’re motivated enough, you can learn and achieve anything. At Dataquest, we focus on building a motivational and engaging learning experience by focusing on a few key elements:

18 months after starting, we’ve helped thousands of folks improve their careers. You can read some of their stories here. We believe that you should be judged on the skills you have, rather than the college you went to, and we’re really excited to play a small part in changing the system.

I’m getting to do things I never imagined were possible, all because I didn’t let the system decide what I should do. It’s never too late to discover or pursue what interests you. You can change your own path whenever you want.

If you’re where I was, and you need someone to talk to, feel free to get in touch, or send me an email. I know how hard it can be, and I know how valuable talking to someone with a different perspective can be.

If you’re interested in learning Data Science, you can start learning for free with Dataquest today. 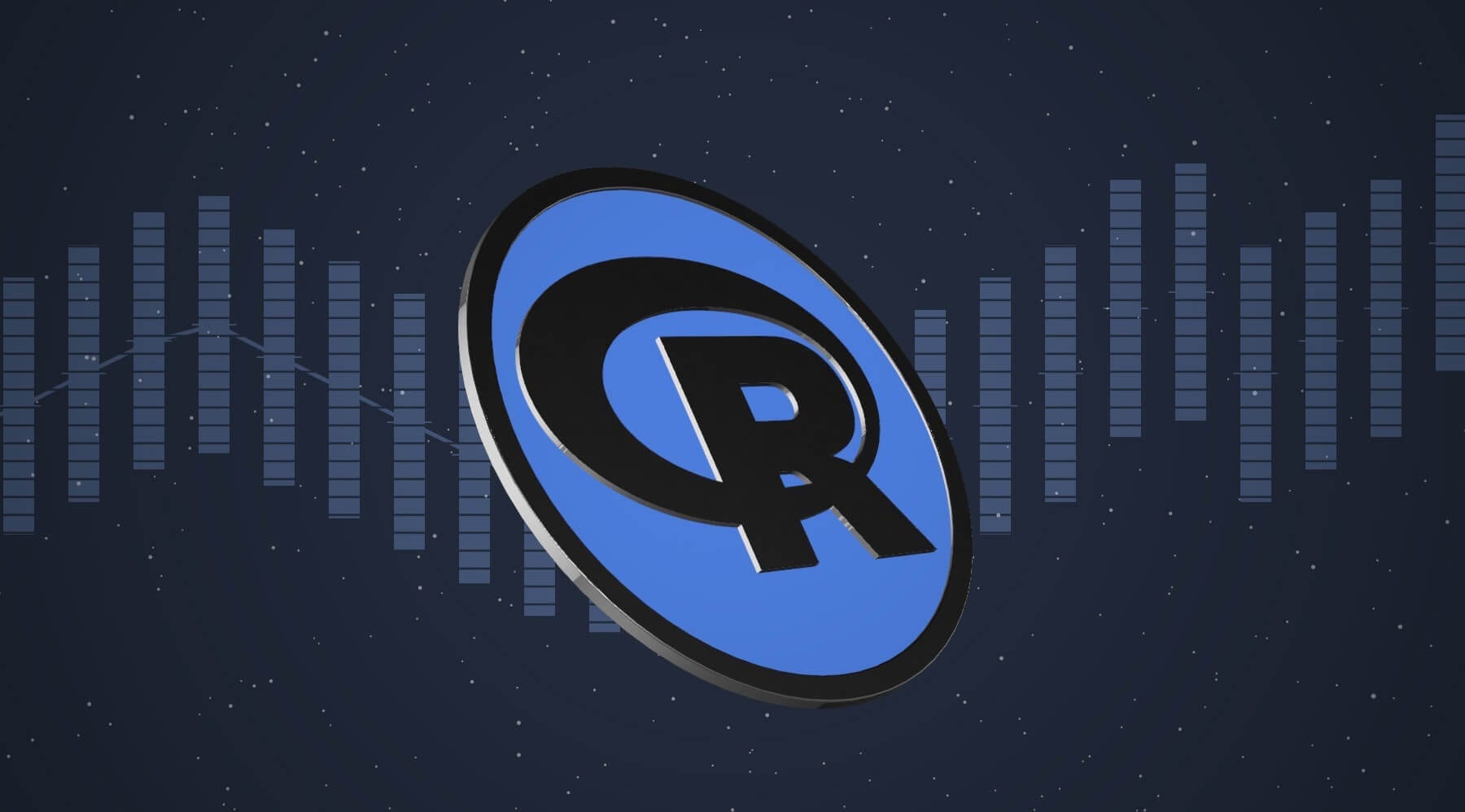 Six Reasons Why You Should Learn R for Data Science