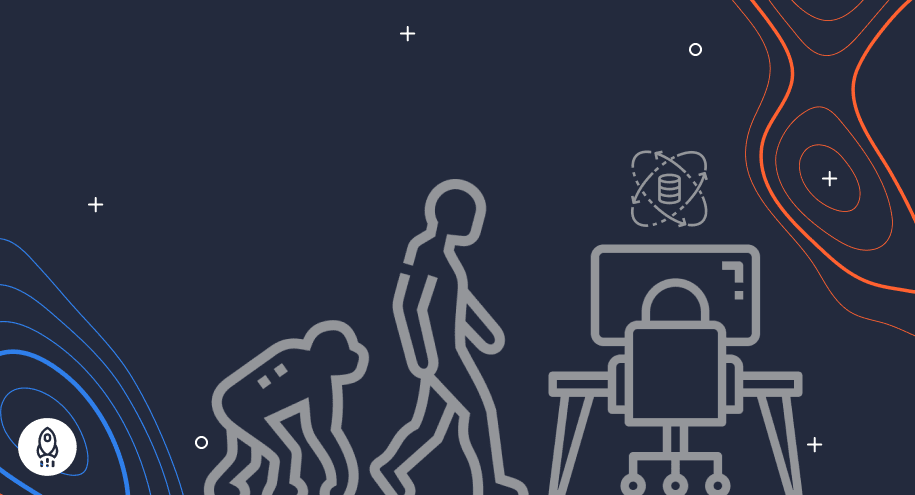 The term “data science” — and the practice itself — has evolved over the years. In recent years, its popularity has grown considerably due to innovations in data collection, technology, and mass production of data worldwide. Gone are the days when those who worked with data had to rely on expensive programs and mainframes. The proliferation of programming languages like Python and procedures to collect, analyze, and interpret data paved the way for data science to become the popular field it is today.

Data science began in statistics. Part of the evolution of data science was the inclusion of concepts such as machine learning, artificial intelligence, and the internet of things. With the flood of new information coming in and businesses seeking new ways to increase profit and make better decisions, data science started to expand to other fields, including medicine, engineering, and more.

In this article, we’ll share a concise summary of the evolution of data science — from its humble beginnings as a statistician’s dream to its current state as a unique science in its own right recognized by every imaginable industry.

In this article, we’ll share a concise summary of the evolution of data science — from its humble beginnings as a statistician’s dream to its current state as a unique science in its own right recognized by every imaginable industry.

We could say that data science was born from the idea of merging applied statistics with computer science. The resulting field of study would use the extraordinary power of modern computing. Scientists realized they could not only collect data and solve statistical problems but also use that data to solve real-world problems and make reliable fact-driven predictions.

1962: American mathematician John W. Tukey first articulated the data science dream. In his now-famous article “The Future of Data Analysis,” he foresaw the inevitable emergence of a new field nearly two decades before the first personal computers. While Tukey was ahead of his time, he was not alone in his early appreciation of what would come to be known as “data science.” Another early figure was Peter Naur, a Danish computer engineer whose book Concise Survey of Computer Methods offers one of the very first definitions of data science:

“The science of dealing with data, once they have been established, while the relation of the data to what they represent is delegated to other fields and sciences.”

1977: The theories and predictions of “pre” data scientists like Tukey and Naur became more concrete with the establishment of The International Association for Statistical Computing (IASC), whose mission was “to link traditional statistical methodology, modern computer technology, and the knowledge of domain experts in order to convert data into information and knowledge.”

1980s and 1990s: Data science began taking more significant strides with the emergence of the first Knowledge Discovery in Databases (KDD) workshop and the founding of the International Federation of Classification Societies (IFCS). These two societies were among the first to focus on educating and training professionals in the theory and methodology of data science (though that term had not yet been formally adopted).

It was at this point that data science started to garner more attention from leading professionals hoping to monetize big data and applied statistics.

1994: BusinessWeek published a story on the new phenomenon of “Database Marketing.” It described the process by which businesses were collecting and leveraging enormous amounts of data to learn more about their customers, competition, or advertising techniques. The only problem at the time was that these companies were flooded with more information than they could possibly manage. Massive amounts of data were sparking the first wave of interest in establishing specific roles for data management. It began to seem like businesses would need a new kind of worker to make the data work in their favor.

1990s and early 2000s: We can clearly see that data science has emerged as a recognized and specialized field. Several data science academic journals began to circulate, and data science proponents like Jeff Wu and William S. Cleveland continued to help develop and expound upon the necessity and potential of data science.

2005: Big data enters the scene. With tech giants such as Google and Facebook uncovering large amounts of data, new technologies capable of processing them became necessary. Hadoop rose to the challenge, and later on Spark and Cassandra made their debuts.

2014: Due to the increasing importance of data, and organizations’ interest in finding patterns and making better business decisions, demand for data scientists began to see dramatic growth in different parts of the world. 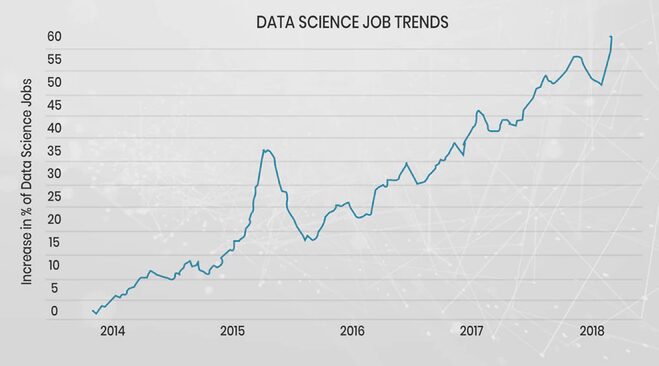 2015: Machine learning, deep learning, and Artificial Intelligence (AI) officially enter the realm of data science. These technologies have driven innovations over the past decade — from personalized shopping and entertainment to self-driven vehicles along with all the insights to efficiently bring forth these real-life applications of AI into our daily lives.

2018: New regulations in the field are perhaps one of the biggest aspects in the evolution in data science.

2020s: We are seeing additional breakthroughs in AI, machine learning, and an ever-more-increasing demand for qualified professionals in Big Data

The Future of Data Science

Seeing how much of our world is currently powered by data and data science, we can reasonably ask, Where do we go from here? What does the future of data science hold? While it’s difficult to know exactly what the hallmark breakthroughs of the future will be, all signs seem to indicate the critical importance of machine learning. Data scientists are searching for ways to use machine learning to produce more intelligent and autonomous AI.

In other words, data scientists are working tirelessly toward developments in deep learning to make computers smarter. These developments can bring about advanced robotics paired with a powerful AI. Experts predict the AI will be capable of understanding and interacting seamlessly with humans, self-driving vehicles, and automated public transportation in a world interconnected like never before. This new world will be made possible by data science.

Perhaps, on the more exciting side, we may see an age of extensive automation of labor in the near future. This is expected to revolutionize the healthcare, finance, transportation, and defense industries.

How Can You Get in on The Action?

We’re still in the early stages of the data science revolution, and there’s never been a better time to join in. Data science is an exciting and expanding profession that’s only growing stronger and more necessary. With this comes a massive need for qualified people.

The high demand for data scientists and the lack of talented professionals have created a unique opportunity for aspiring learners. And the growing adoption of data science applications across different industries and organizations will continue to drive demand even higher. With Dataquest, you can reach your career goals by enrolling in our Data Science career path, which takes you from beginner to job ready in less than a year. 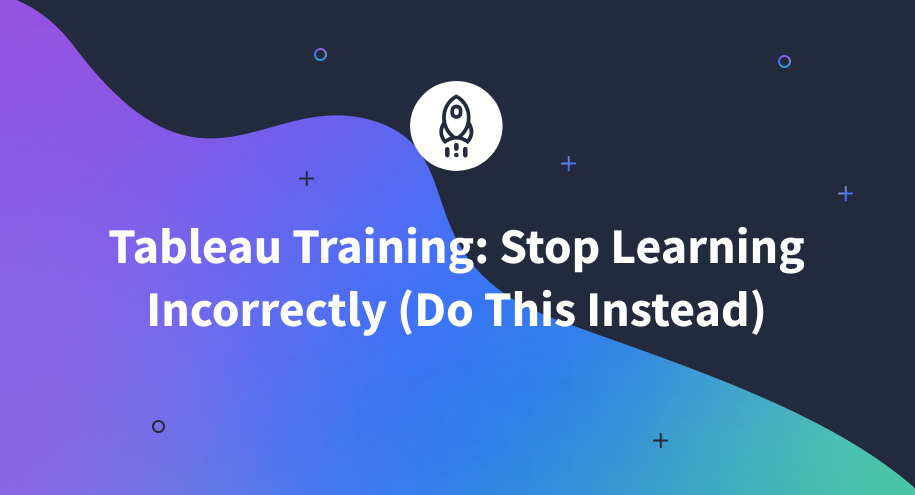 Tableau Training: Stop Learning Incorrectly (Do This Instead)